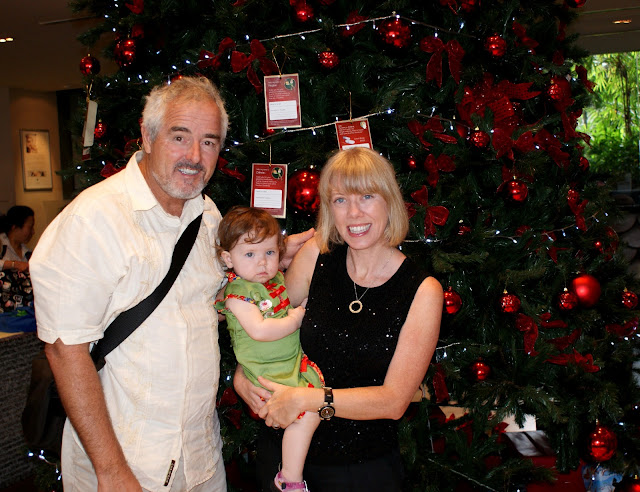 Once again we find ourselves in an exotic location for Christmas.  We spent Christmas in Kuala Lumpur after a six week adventure which included four countries (Cambodia, Vietnam, Thailand and Malaysia), two trains and nine flights.  We are exhausted and grateful to be home safe and sound.  We plan to do many boat projects and ring in the new year right here on Scholarship. Happy New Year!!  Hugs, Liz, Mark and Dylan

After arriving in Bali we spent three days in the crazy area of Kuta/Legian.  Party central of Bali, Kuta is full of bars, shopping and of course the beach.  We were happy to depart Kuta and head inland to the town of Ubud.  Ubud is a haven for expats, yogis, foodies and shoppers.  The countryside is beautiful and full picturesque rice paddies.  The Balinese spirit is in the air as the offerings and temples are absolutely everywhere. You would have to try hard not to find a Balinese ceremony or festival.  We stayed a week and it was wonderful.  I wish we would have taken more photos.  So photogenic! 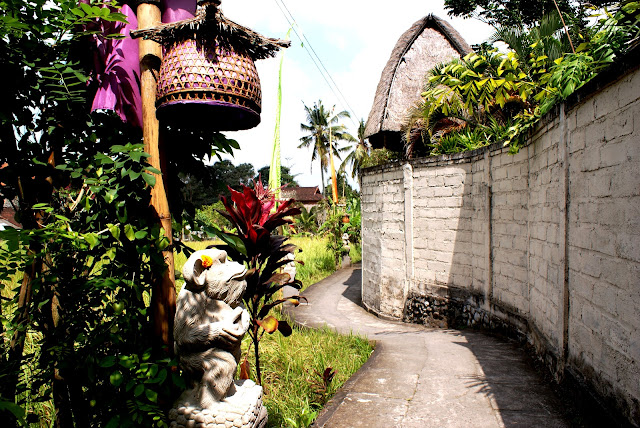 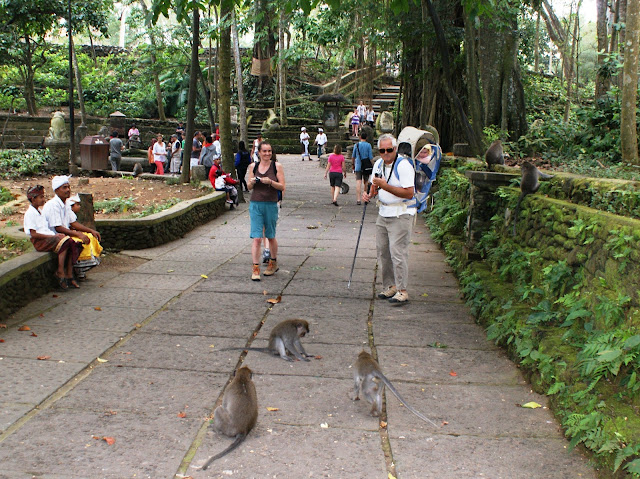 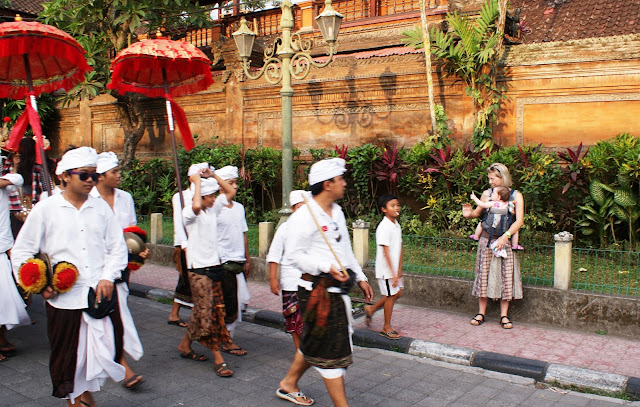 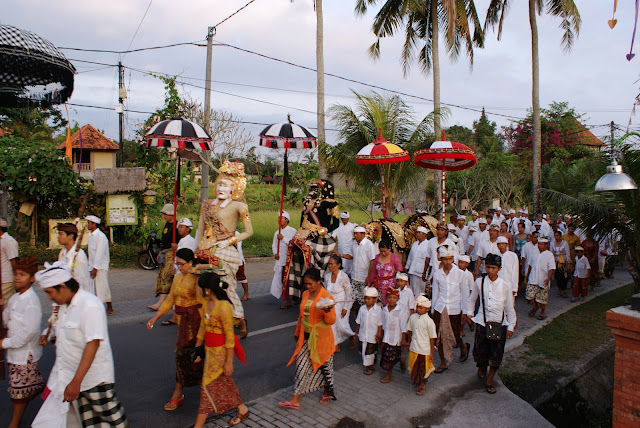 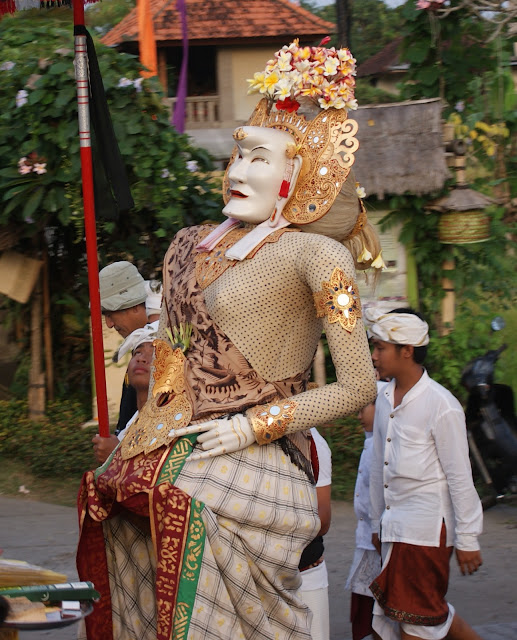 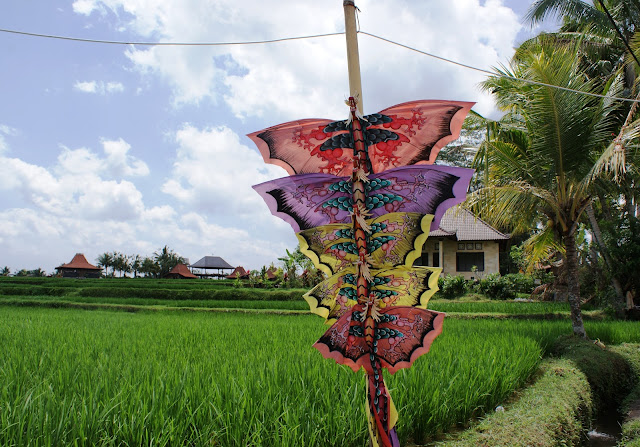 Catch Up, Part I 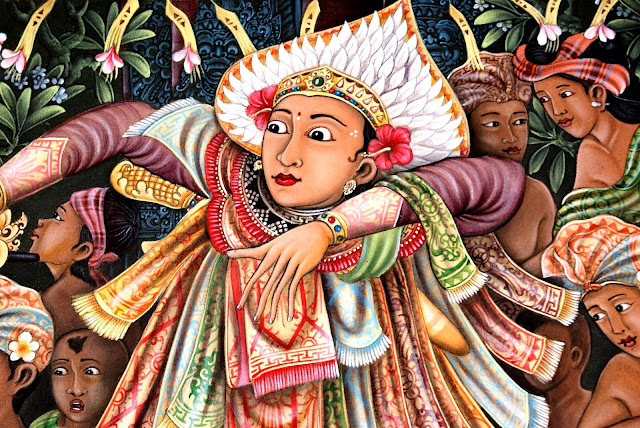 We spent three months sailing Indonesia and I feel compelled to back up a bit and blog more about some of the wonderful places we visited.  Bali was one of them, and after almost six months in South East Asia I can say it was definitely one of the highlights.  Because we had heard mixed reviews (mostly unfavorable) about the anchorages and the marina is Bali we decided to leave Scholarship on a mooring at the Medana Bay Yacht Club on the neighboring island of Lombok.  Medana Bay is a small marina that played host to part of the Sail Indonesia Rally.  The staff were friendly and after spending some high wind days on our mooring ball we decided it wasn't going anywhere and it was okay to leave Scholarship for a few weeks.
After a one and half hour taxi ride we arrived at the Lombok Airport ready for our quick one hour flight to Bali.  Our flight was running late and as we finally started to board they stopped us at the gate and told us that we could not board.  The staff person at the gate had very limited English so could not explain why.  Dumbfounded we watched as all the other passengers filed past us to the tarmac while the gate keeper held us back.  It took a walk down to the service desk for another staff member to explain to us that the plane was not pressurized and they could not let a baby on board.  Our tickets clearly stated "infant" but now we were stuck at the Lombok airport for another three hours until the next flight.  Not sure what Dylan ate for breakfast but she promptly threw up on her dress and all over me.  Our holiday to Bali seemed a bit depressing so far.  It was then that Mark found the Sheraton Lounge.  There is a little corner of the Lombok Airport where the Lombok Sheraton has a brand spanking new lounge complete with clean and comfy couches and a buffet.  Buffets I could care less about, but the little private room to feed and change my baby was a plus.  As we relaxed in the lounge the time flew by and before we knew it we were in a taxi hurling toward Kuta Beach in Bali. 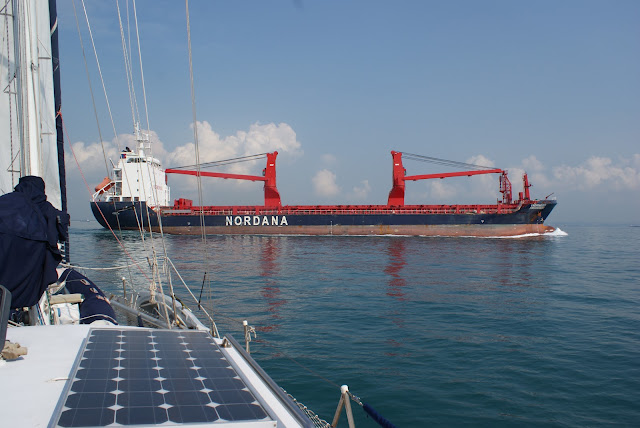 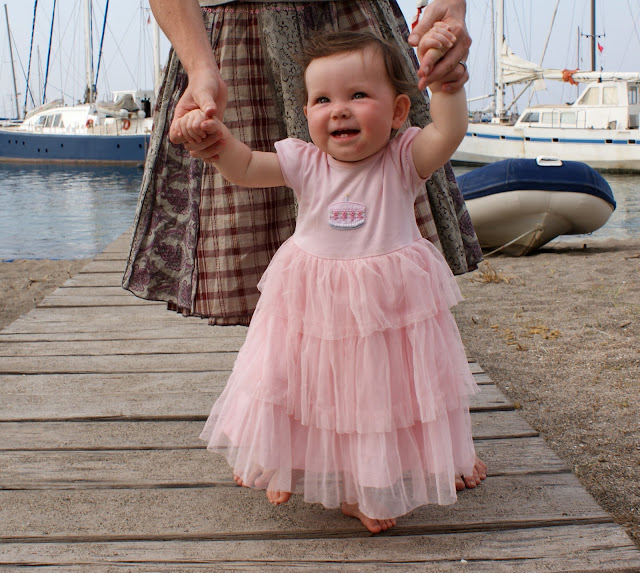 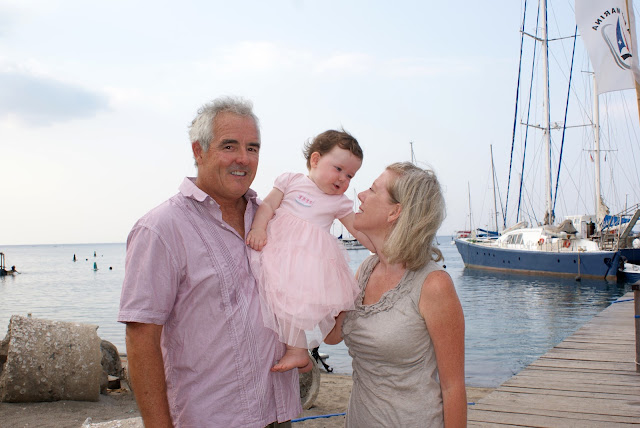 Our tiny little wonder isn't so tiny.  She has changed by leaps and bounds over the past year.  From a tiny six-pounder to this bruiser of a toddler.  She is going a million miles an hour and climbing out of the cockpit already!  Everything they say about time fleeting when you have children is true.  We celebrated Dylan Claire's special day in Lombok, Indonesia.  This little girl has covered a lot of miles since we left Brisbane last April.
Posted by Liz, Mark and Dylan at 1:08 AM 1 comment: 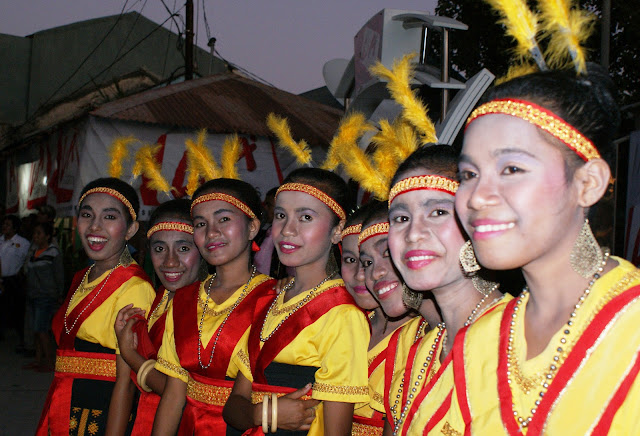 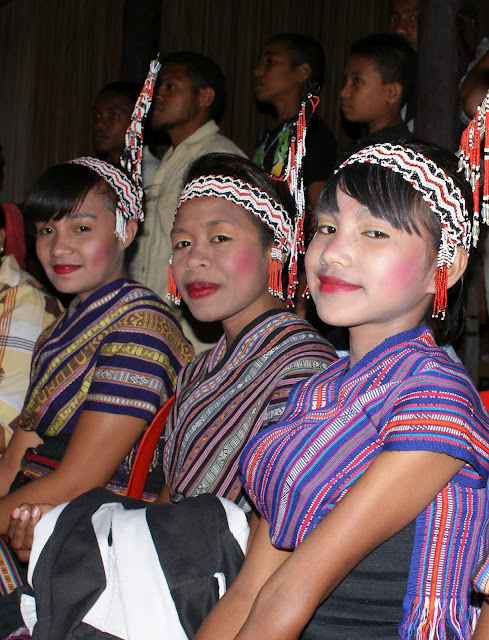 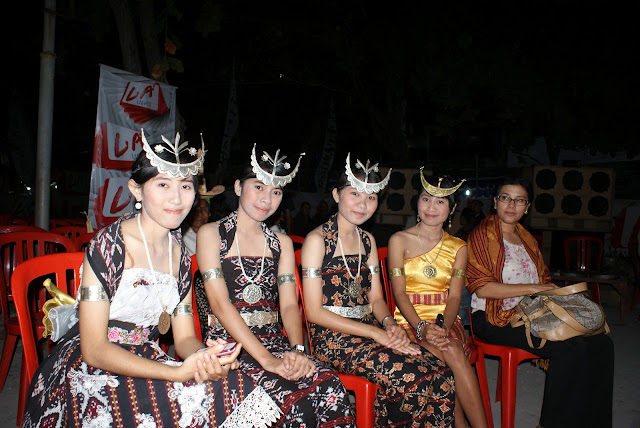 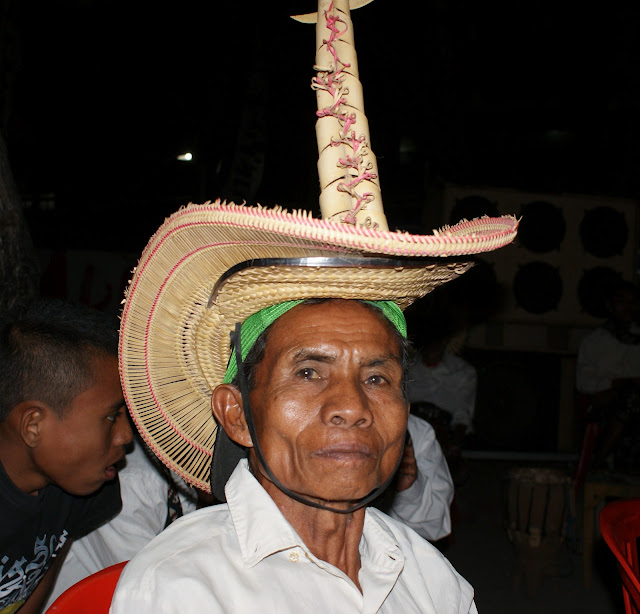 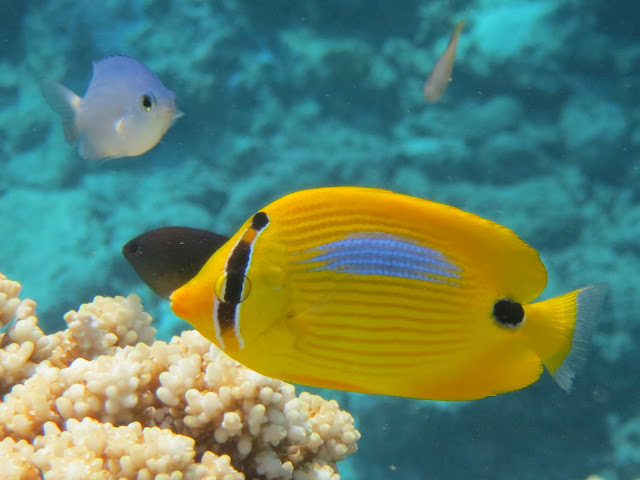 While at Lizard Island we took the opportunity to day trip out to the outer reef with friends on their yacht, S/V Fearless.  Just when you think the water couldn't get any clearer, it did, with over 100 foot visibility. After a two hour motor sail, we picked up a mooring ball on the outer reef complete with two welcoming five foot reef sharks circling under the boat.   Included here are a few photos of the underwater delights we saw that day captured by one of the Fearless crew members, Brett, with his underwater camera. A few days later Brett would use the same camera to bop a shark on the nose that came in a bit too close for comfort. 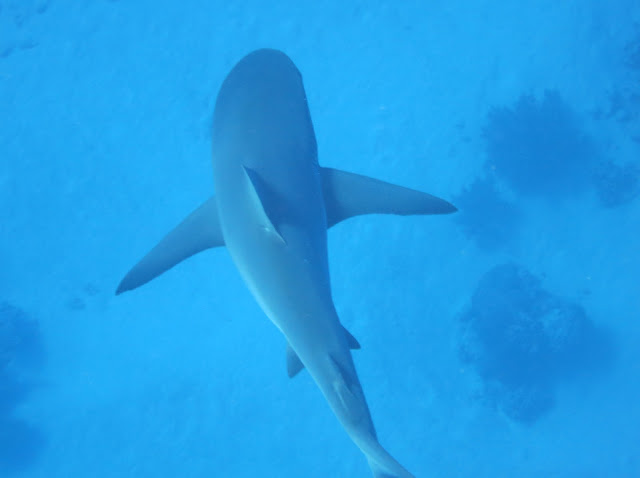 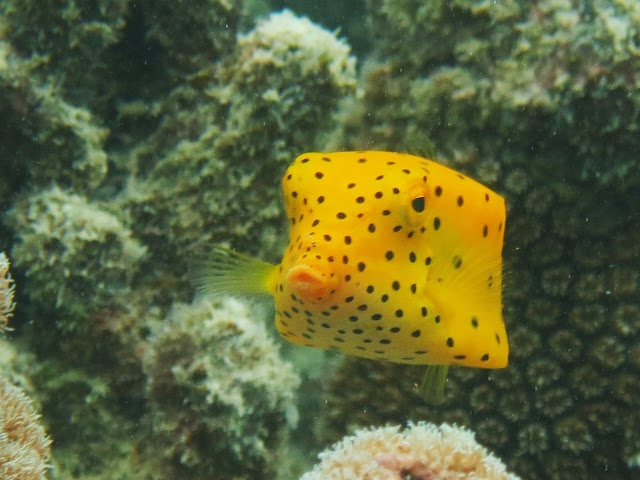 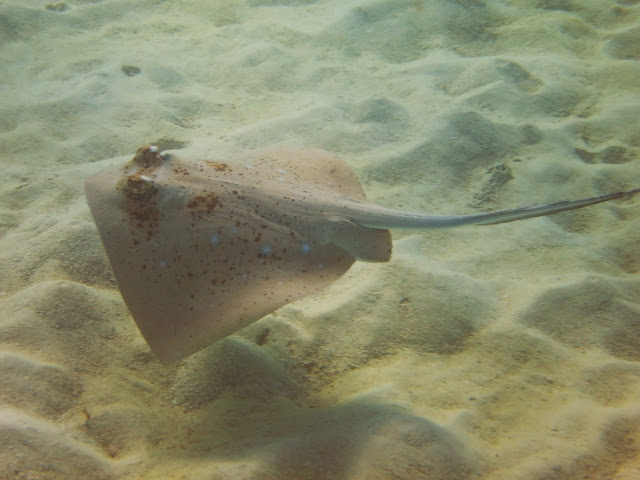 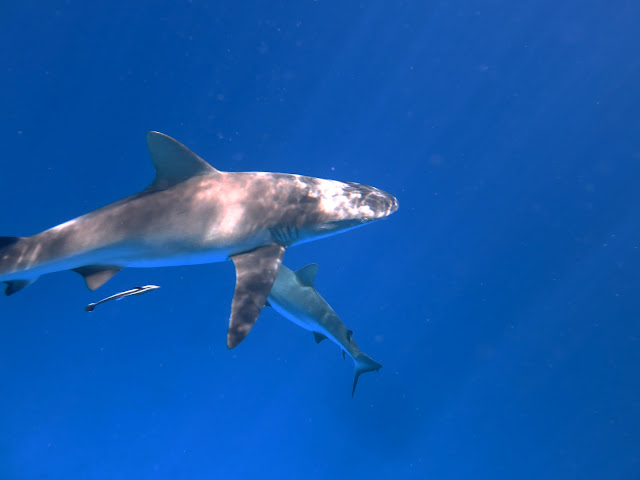 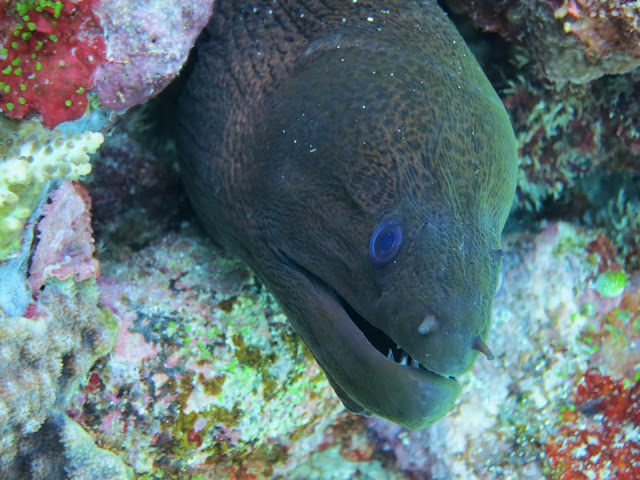 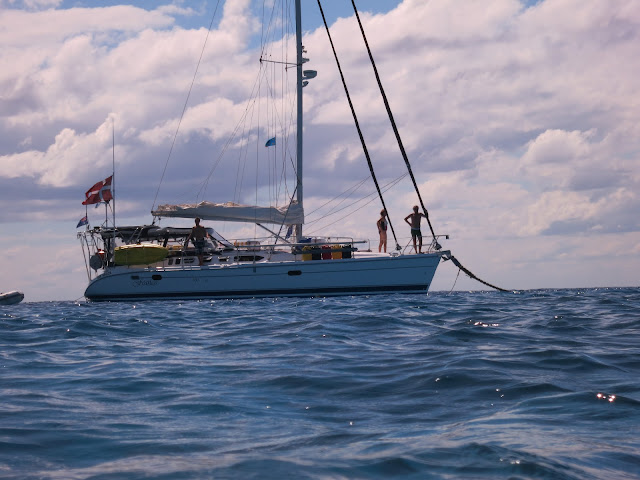 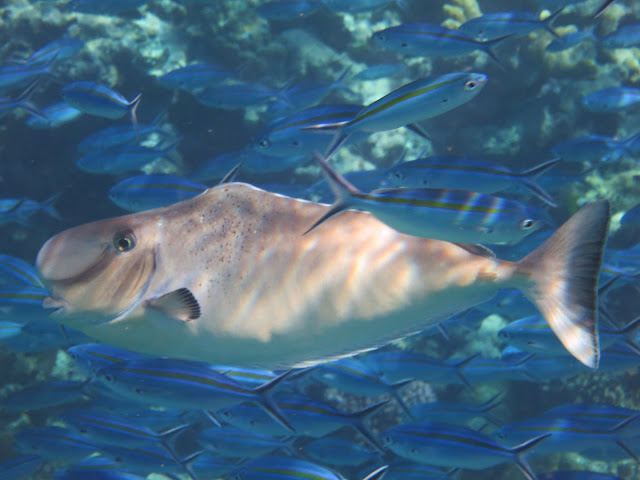 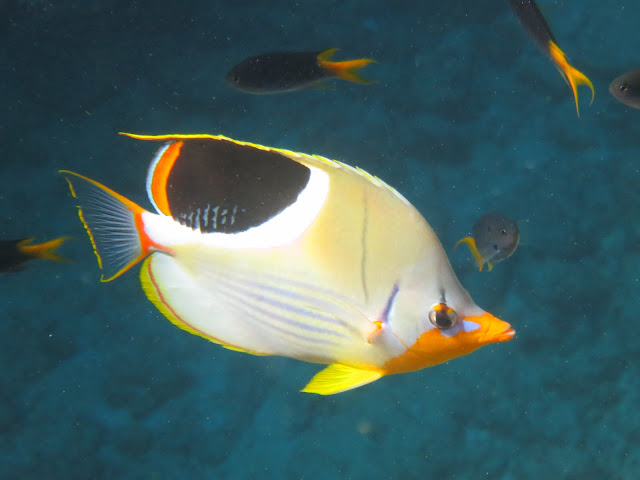