The City of Sails 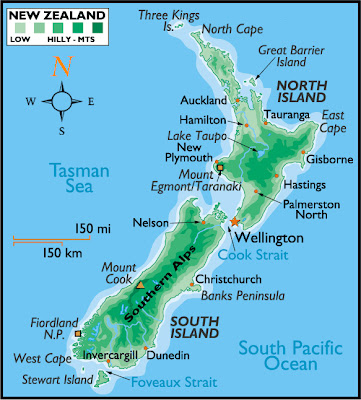 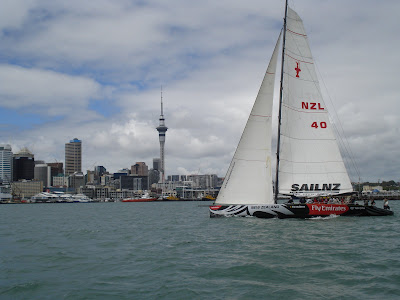 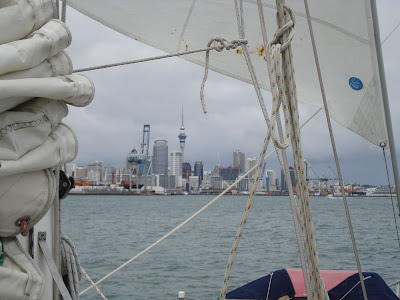 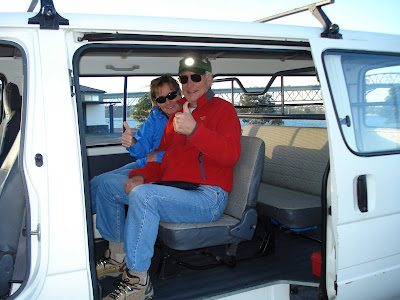 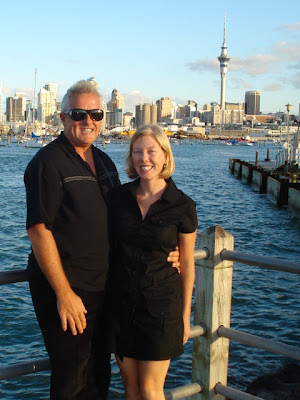 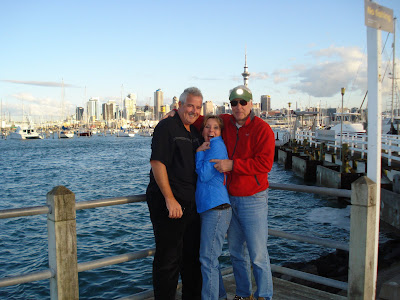 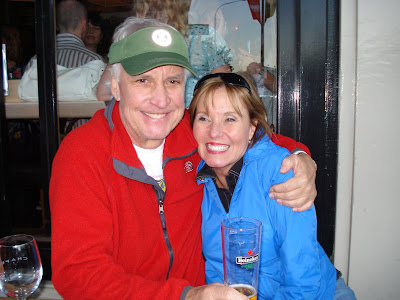 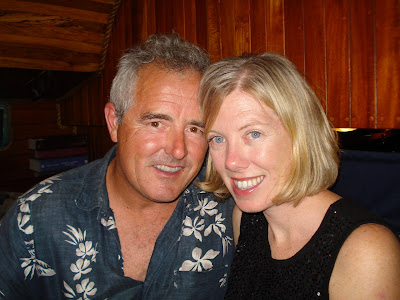 We arrived in Auckland almost two weeks ago after an easy three day trip from the Bay of Islands. After all those gale force winds we experienced up in the bay, the seas were still a bit rough when we took off. They smoothed out soon after and made for some great sailing. We stopped two nights along the way. One night in Tutukaka and the next night in Mansion Bay Cove on Kauwa Island which is some thirty miles north of Auckland. Mansion Bay Cove is home to one of the first governors mansions in New Zealand. It is now a museum and is guarded by peacocks and surrounded by lush trails. We spent our day there hiking and even spotted two wallabies (who knew?).
The next day we set off at dawn for Westhaven Marina in Central Auckland. We entered the bay on a Sunday morning and wow was it hopping. The city is aptly named, as I haven't seen so many boats since we spent a busy summer day in San Diego harbor. We tucked into our slip with the wind in our favor and breathed a sigh of relief as we shut Scholarship down and hooked up the hose. Unlimited water and electricity. The marina is heaven. We have a fantastic view of downtown in front of us and behind us, the harbor bridge and Americas Cup boats sailing by at a steady stream. Since we arrived we have been busy. Since we have decided to stay here in New Zealand for awhile, a car was in order. After a bit of searching Mark got his dream van and is now "pimping his ride" like only Mark can. We intend to take it on it's first road trip in few days. Other exciting news is that we had visitors. The first set, our friends Lee and Shelly from Phoenix arrived in Auckland and spent a few days hanging out before setting off on their own New Zealand adventure. We had a great time cruising in the van and checking out Aucklands hot spots. Shelley and Lee are no strangers to Scholarship as they were regular visitors when she lived in San Diego. Our second set of visitors was Heather and Mike from Chica Bonita who came from Keri Keri, New Zealand to spend Christmas on Scholarship. You will recognize them as they have been on the blog many times before. We met them in Ecuador and they have been good friends ever since. We cooked up a storm as we had a party Xmas eve for about fifteen people made up of cruisers and also some local folks we had met. We had a great time and we hope you all did too. So Happy Holidays to our family and friends out there. xo L & M 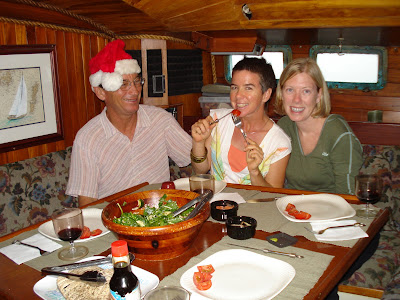 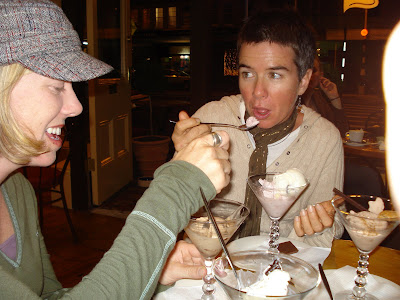 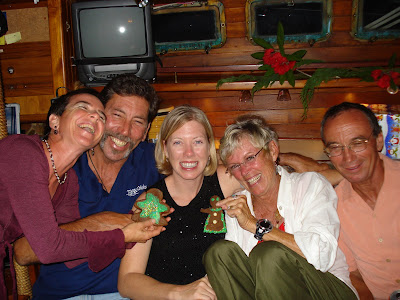 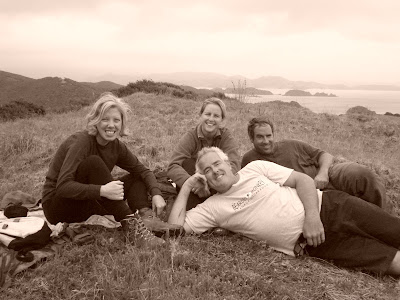 Well after waiting a week, the 50 knot winds died down and we were able to once again get off the boat and enjoy the lovely Bay of Islands. Our last stop before departing for Auckland was Urupukapuka Island. Most of the island is a nature preserve and covered in trail heads. In fact it seems like there is a trailhead everywhere in NZ. We spent our final two days hiking and picknicking on the gourgeous spine trails that cover the whole island. Below are photos of the island and plenty of the ongoing seafood fest with our friends from Irie. Oh and the cute sheep,this is New Zealand after all. 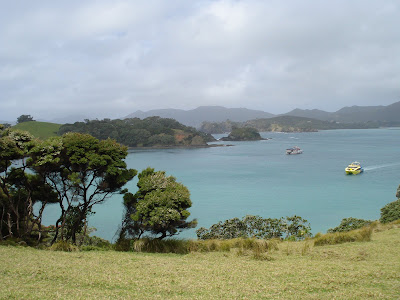 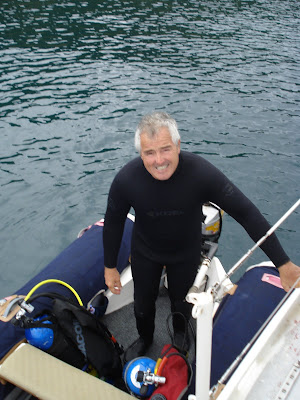 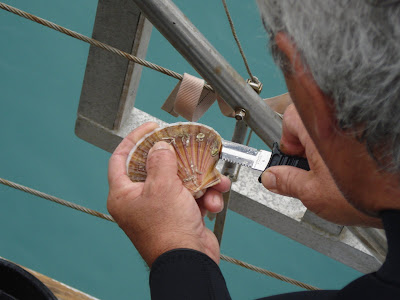 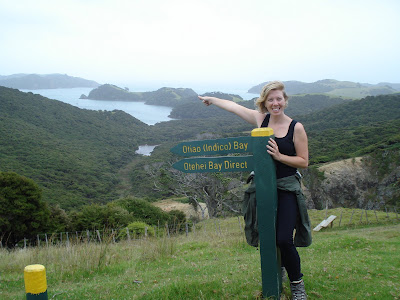 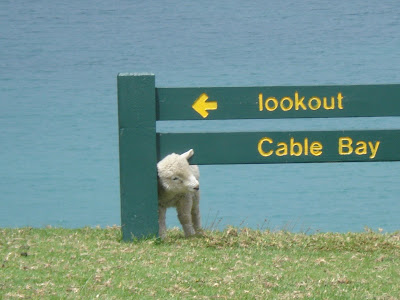 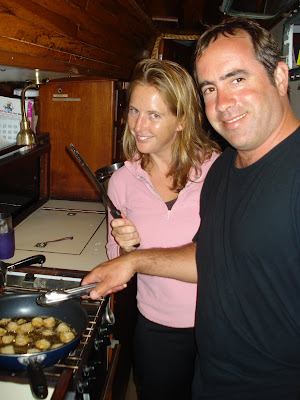 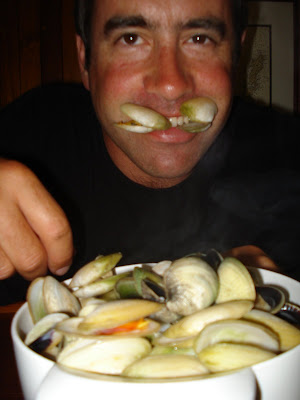 The Fantastic Bay of Islands 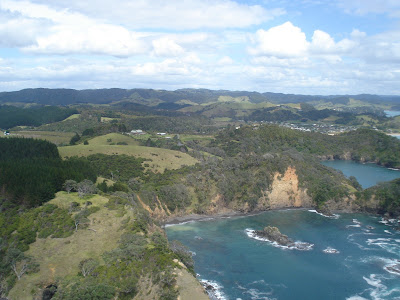 As I sit and read my copy of the Lonely Planet New Zealand, I am overwhelmed. For such a relatively small country the possibilities of something to do seem endless. We have just spent the last three weeks in the Bay of Islands. After resting up at the marina and enjoying the yacht club for a little while we were ready to go exploring. There are dozens of wonderful anchorages all within 15 miles of each other. The views are fantastic and so is the diving and fishing. Mark and our friend Christian dove the newly sunken Canterbury wreck on a rainy morning while Poki and I hung out on board reading trashy magazines and drinking hot chocolate. In the afternoon we took a glorious but punishing walk out to Cape Brett. One of our first "tramps" in New Zealand, Cape Brett was a wonderful glimpse into the great beauty of the New Zealand wilderness. I do gush, but we really do love it here so far. And if all of that isn't cool enough, the boys set out to gather lobsters, scallops and the famous New Zealand Green-Lipped mussels for dinner. Okay for those of you who know me well, you know I am having something non-shellfishy for dinner but still, Mark and our friends on Irie can't get enough of this seafood buffet. Currently we are anchored at Robertson Island which is one of he most historic in the Bay of Islands, as it is one of Captain Cooks first landing spots back in the 1770s. There is little to see here but a walk up the hill affords awesome views of the islands and the cove has crystal clear water. I have yet to get in the water because of the temperature but I am working up to that. Hopefully I will become acclimated one of these days. After all I am from Wisconsin. Our plans from here include taking another week or so to sail down to Auckland where we will put Scholarship in a marina and do some more exploring on land. Below are some pictures from the Bay.

PS okay it's several days later and we have been hunkered down while the wind blows up to fifty knots and it has rained for three days here in the Bay of Islands. I guess we are finally experiencing winter like many of you at home. But wait, isn't it summer here? Despite a little cabin fever, life is still good. Mark and Christian brought home oodles of scallops and clams for dinner. 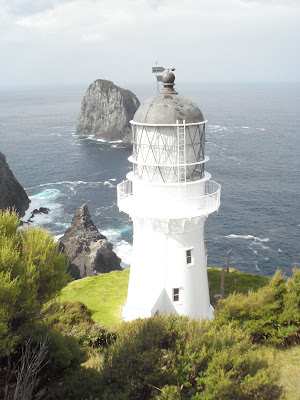 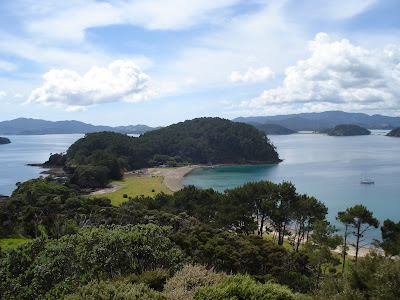 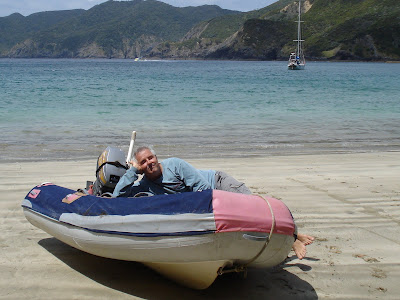 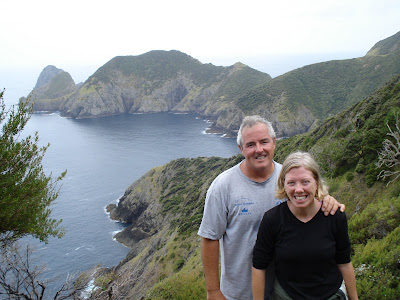 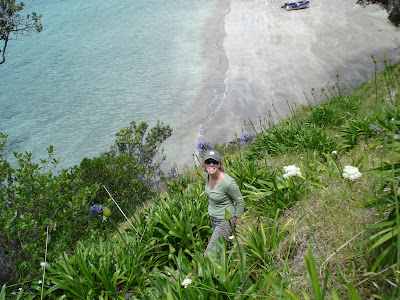 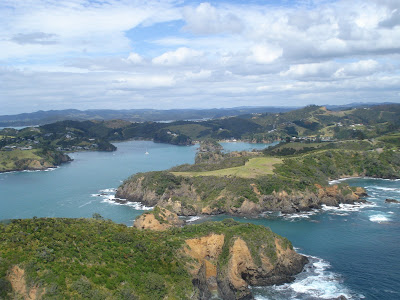